All About Joshua Trees – Bark Potty Skip to content

All About Joshua Trees

Did you know that Joshua trees aren’t actually trees at all? They’re actually an evergreen yucca–the largest of its kind–that grows in a tree-like shape. Made popular by the recent surge in Joshua Tree National Park’s celebrity, these one-of-a-kind plants are a true gem of the Mojave Desert. 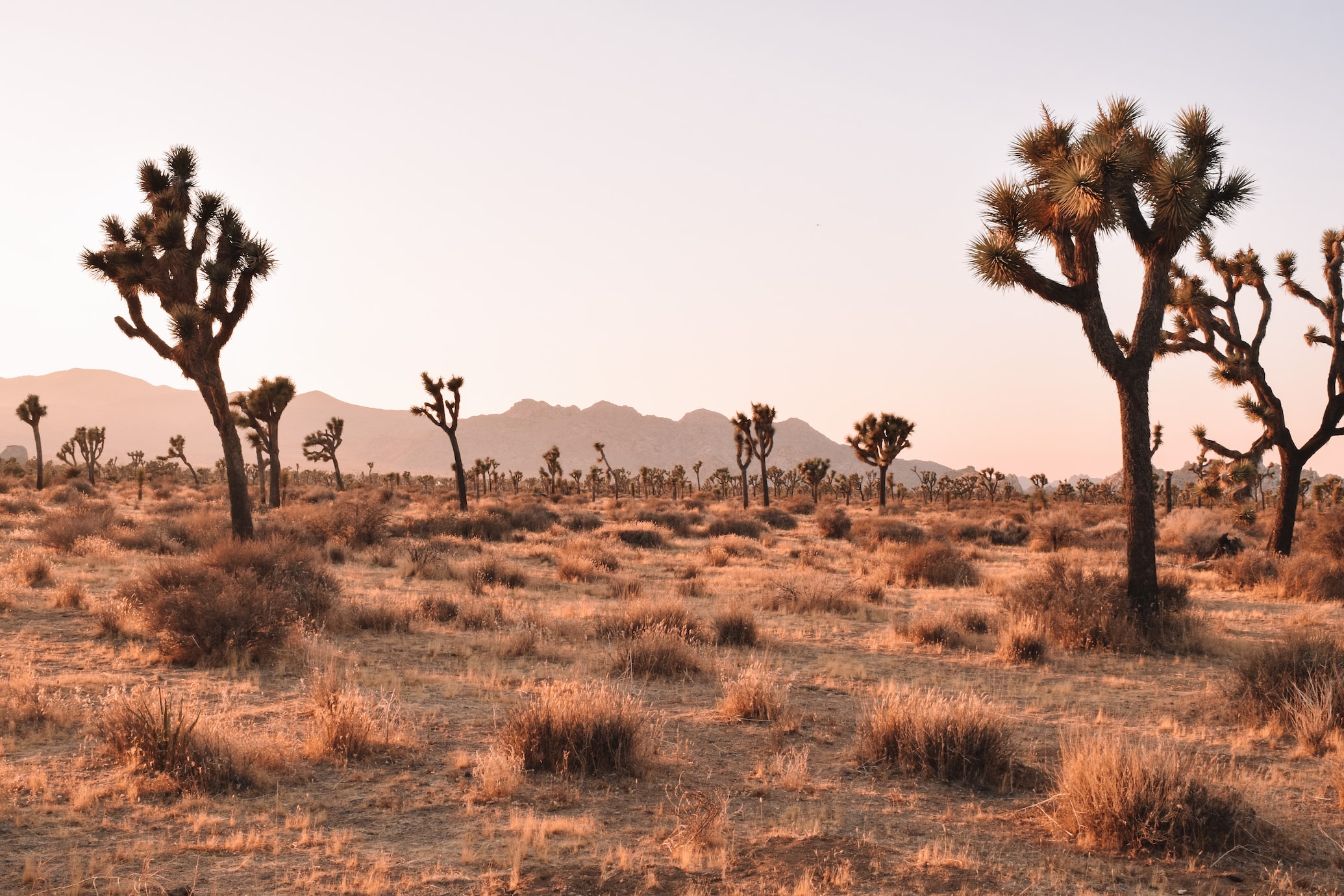 What Are the Joshua Tree’s Characteristics?

The Joshua tree is easily identified by its spiky, evergreen leaves that grow in tufts. In the right conditions, the plants bloom ivory flowers that grow in clusters in the spring. However, flowering becomes less and less frequent with climate change, as these fickle yuccas require a winter freeze and rainfall in order to bloom in the spring.

Joshua trees, while known for their popular residence in Joshua Tree National Park in California, are originally native to the larger southwestern region of the United States. Though this yucca once graced a much larger swath of the southwest, it’s now mostly confined to the Mojave Desert.

Why Are Joshua Trees Protected?

Joshua Trees have been given temporary protection under the California Endangered Species Act. Though many of the plants reside within the perimeter of the national park, it’s estimated that up to 40% is on private property. This means that before the protective order, people could have uprooted these unique plants if they wanted to. The relatively new measure that went into place in 2020 now protects all Joshua trees regardless of whether or not they live within the national park.

What’s So Special About Joshua Trees?

The main reason Joshua trees are thought to be so special is because they cannot be replaced at the same rate in which they’re dying. Though considered fast for a desert species, Joshua trees grow at a very slow rate of roughly 2-2.5 inches per year. If a plant is cut down or dies, it will take half a century for another fully-sized yucca to replace it.

What’s more, climate change is making the desert less hospitable to these quirky plants. The Joshua tree is pollinated by the yucca moth, which finds a habitat inside the yucca’s flower. Unfortunately, the plants don’t flower every year, as it requires a winter freeze and rainfall at a specific time–both of which are becoming increasingly rare with climate change.

Their fragile existence coupled with their recent popularity has led to the Joshua tree’s increased endangerment. Major efforts by local organizations are underway to provide further protection for the famed yucca.