All About Palm Trees – Bark Potty Skip to content

All About Palm Trees

White sands, crystal clear water, and tropical-themed drinks -- when you think of palm trees, you’re probably imagining them in warm-weathered locales like the Caribbean or Los Angeles. But you might be surprised to learn that the iconic tree can be quite varied in appearance and natural habitat. Some are short, some are tall, and some produce fruit while others don’t. There’s much more to the palm tree than the coconut tree, which is only one of roughly 2,500 species! 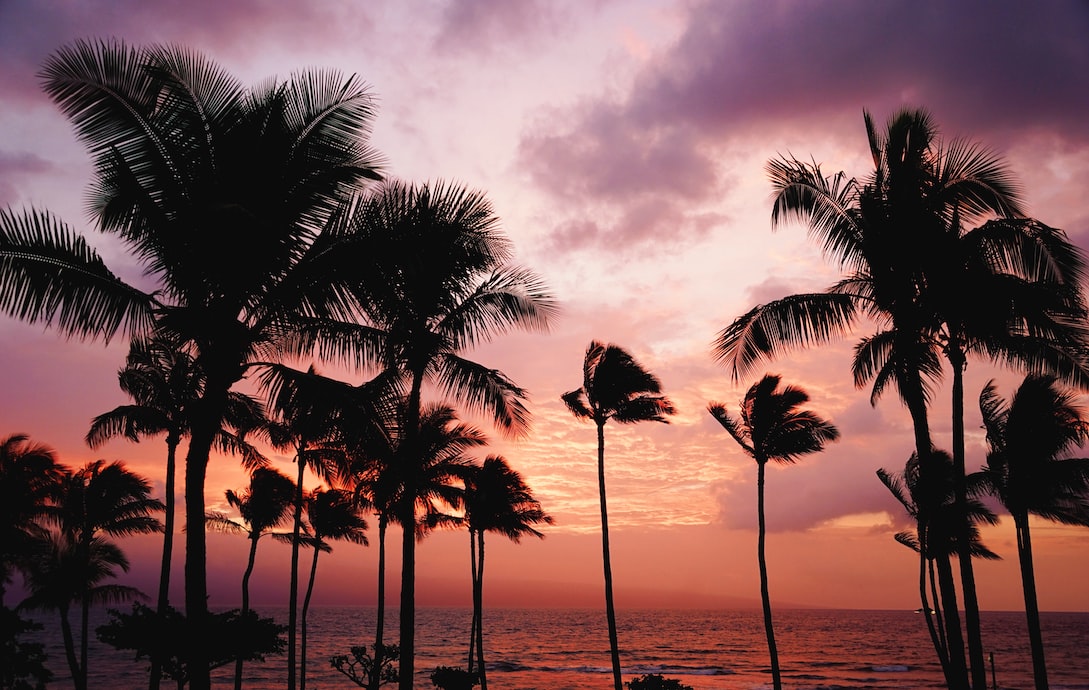 Why are palm trees important?

Humans have used palm trees for at least 5,000 years. People have long relied on coconuts and dates for sustenance as well as for shade and protection from the elements. Palms play an important role in history, too. They’re referenced in religious texts such as the Bible and the Quran, which has led them to have important symbolic significance. While the modern day association we make with the palm tree is a tropical getaway, they’ve been used throughout human history for military victories, religious events, and trade.

Palms are also the source of an increasingly popular ingredient -- coconuts. Coconuts are harvested not only for food but also for coconut oil, which is used in a wide range of personal care and pet care products. Palm trees are also used in the making of palm oil, palm sugar, palm wine, and home goods.

Where do palm trees grow?

Palm trees are native to tropical and subtropical climates (think Caribbean), but they grow in all sorts of environments ranging from the deserts of California to the jungles of South America. If you’re wondering whether or not you can grow a palm tree in your area, you could be in luck! While palms tend to thrive in subtropical climates, they’ve been known to grow as far north as Ireland and as far south as New Zealand. It really depends on the area, as some microclimates may be able to sustain palm trees in unlikely regions.

Do all palm trees produce coconuts?

Even though we commonly associate palm trees to the coconuts they produce, not all palms yield them. Date palms produce dates, and many species don’t produce any fruit at all. In fact, only one species produces coconuts -- Cocos nucifera. There are subspecies of this family that produce variations, however.

Though the Cocos nucifera is like the popular kid that everyone recognizes, digging a little deeper will reveal that all palm trees have their unique histories and purposes. Next time you see a palm tree, you might consider thinking about why that particular species is important to its region!