All About the Cherry Blossom Tree – Bark Potty Skip to content

All About the Cherry Blossom Tree

Cherry blossom trees are one of the most recognized trees in the world and are known for their delicate pink and white flowers. Every spring a flurry of pink and white fills streets and parks with the fresh scent of cherry blossom and thousands of people flock to enjoy the sight.

Cherry blossoms are the national flower of Japan and the island country can be credited for our familiarity with them today. Japan often gifted these trees to countries in the past, contributing to their current global popularity. In 1912, the U.S. received 3,020 from Japan in honor of the two countries’ burgeoning relationship. 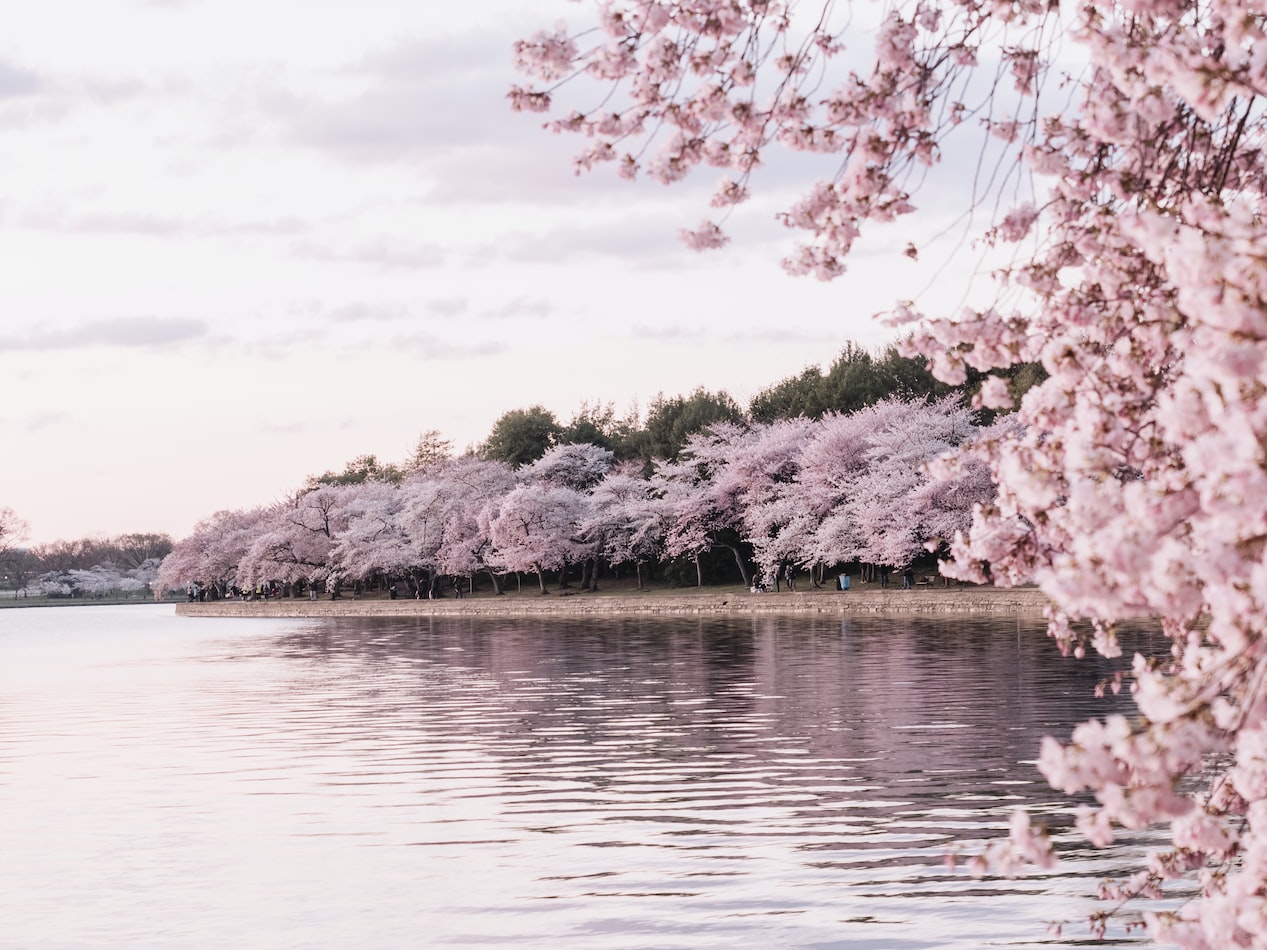 Where Do Cherry Blossoms Grow?

When Do Cherry Blossoms Bloom?

There are roughly 500 species of cherry blossoms and each has its own flowering time, but these beauties typically bloom sometime during the spring. In Japan, their time of flowering has been recorded for over 1200 years! The times have remained relatively consistent until 2021. March 2021 is recorded as being the earliest cherry blossoms have ever bloomed and many suspect climate change is the culprit. The trees sprout flowers as the weather gets warmer and as temperatures climb across the globe, the blossoms have been steadily appearing earlier.

What Do Cherry Blossoms Symbolize?

Cherry blossoms have had a wide range of significance in Japanese history. Traditionally, they were thought to symbolize mortality because of the brief spurt of beautiful blooms that disappear as quickly as they arrive. During World War II, they also functioned as nationalistic symbols and were widely used in political messaging.

Today, cherry blossom trees are synonymous with spring, and festivals occur worldwide to celebrate the brief but marvelous blooming season. They’ve drawn such crowds because the tufts of blossoms only appear for a brief one to two weeks before dropping. If you’re able to catch them before they’re gone, you won’t regret viewing these lovely but short-lived blossoms!