The Top 3 Regions Most Affected by Deforestation

Widespread deforestation continues to occur worldwide despite decades of public outrage and protests from climate scientists. Agricultural and infrastructure expansion, logging, and wood harvesting are the leading causes of Earth’s vanishing wooded areas.  The areas affected by deforestation most are Brazil, Central American countries, the United States, Canada, Alaska, and Russia.

The top 3 areas affected by deforestation on the planet are most certainly the Amazon Rainforest, Siberia, and Alaska.

According to an article by CNN, the Amazon lost a staggering 3,769 square miles of forest in 2019 due to an increase in illegal cattle grazing, agriculture, wood extraction, trade, and illegal mining.

A study conducted by LCLUC indicates that deforestation damage in Siberia linked to climate change is the largest reason for the destruction of the boreal forests is due to naturally occurring and man-made forest fires. The boreal forests in Russia account for 50% of Earth’s carbon sink, so it’s absolutely essential that these forests are protected. Another important factor to consider is the ancient carbon trapped in Siberia’s permafrost. When it melts due to rising global temperatures, said carbon is released into the atmosphere- generating more greenhouse gases. According to The New York Times in 2019 a business alliance with China has caused logging in the region to skyrocket, contributing to the dramatic rise in deforestation damage in Siberia.

According to an analysis done by Global Forest Watch, the top drivers for deforestation in the United States in 2018 are attributed to wildfires, urbanization, as well as wood harvesting and logging. Between 2001-2019, Alaska has lost the most tree cover to deforestation at a stunning 22,317 square miles. Alaska is home to one of the oldest remaining 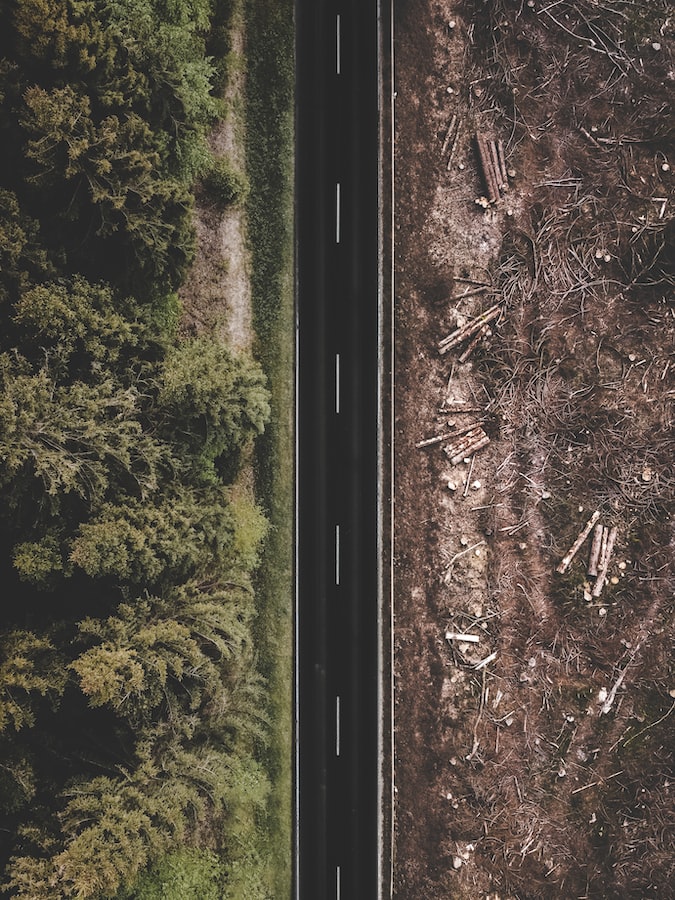 temperate forests on the planet.

Here at Bark Potty, we’re proud supporters of One Tree Planted, a non-profit that plants one tree for every dollar donated. One Tree Planted is involved in several tree planting initiatives to help the aforementioned areas affected by deforestation. One of these initiatives includes helping local farmers and workers rescue a portion of the Peruvian part of the Amazon after it was degraded and ransacked by an agribusiness. This project will last over 3 years and seeks to plant half a million trees. They are well on their way as they’ve planted 260,000 trees in 2019 alone. In Brazil, they’ve focused their efforts on not only replanting the Amazon Rainforest but the Atlantic Forest as well. One Tree Planted is also assisting the USFS with planting initiatives in National Parks across the US. Unfortunately, they do not have any planned or ongoing initiatives in Russia currently, but they are extending help in Indonesia, India, Rwanda, Kenya, Ethiopia, the Philippines, Australia, and more!