The world’s tallest living dog is a great dane named Freddy who lives in Essex, UK with his owner, Claire Stoneman, and his sister, Fleur. This humongous pup stands approximately 3’4.75 tall on all fours, but is 7’6 on his hind legs!

That’s about the same height as some of the tallest NBA basketball players! He was measured in Leigh-on-Sea by the Guiness Book of World Records in 2016, and has held the title ever since.

His predecessor, Zeus (also a great dane), was actually taller than Freddy by about four inches, putting him at 3’8 on all fours and 7’3 on his hind legs making Zeus the tallest dog ever recorded. Zeus lived in Ostego, Michigan 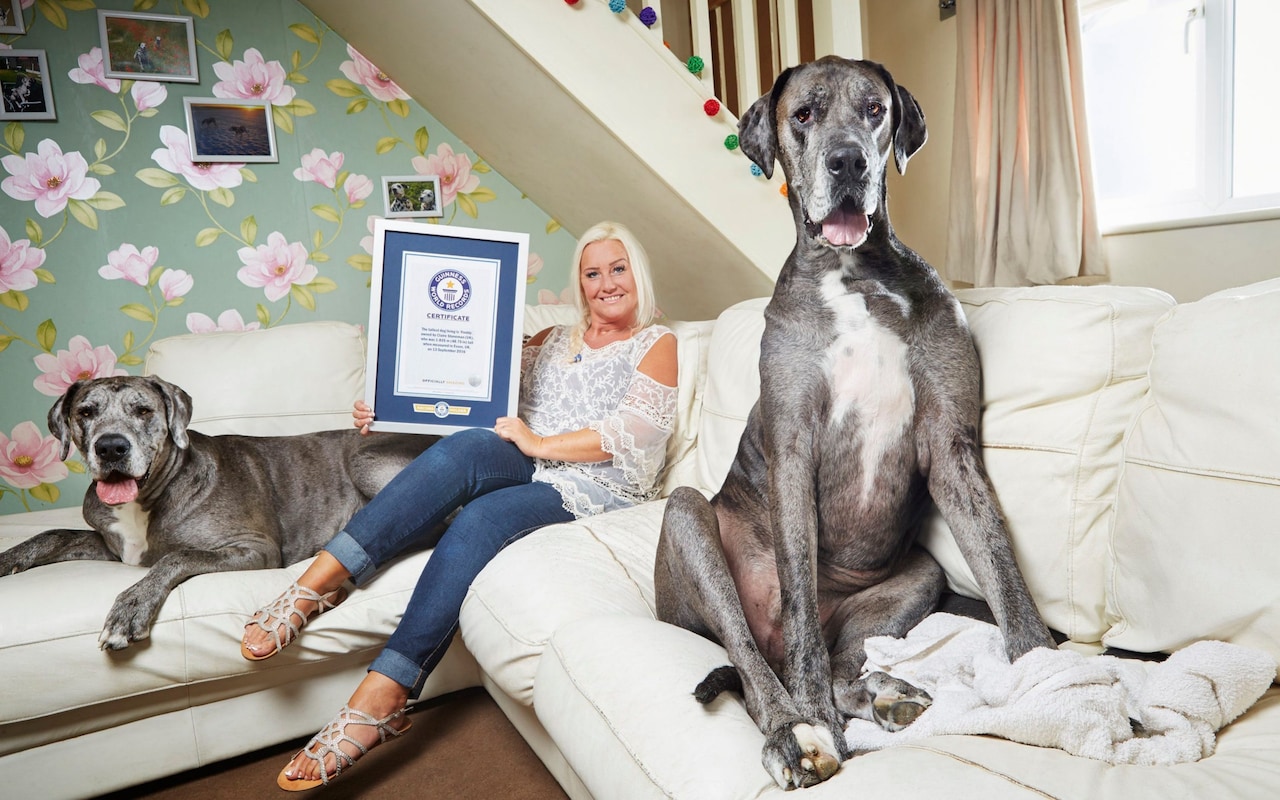 with his owner, Denise Doorlag and her family. He was measured

We at Bark Potty know that no matter if you’re the tallest dog ever recorded or the smallest, every pup should have an indoor dog potty solution- just in case. Having the world’s biggest dog means many big bathroom breaks and sometimes pee pads just won’t cut it- especially in the early stages of housebreaking.

When you choose Bark Potty as your big puppy’s indoor pet potty, it will protect your home from even bigger messes like permanently stained and smelly floors because our bark acts as a natural odor neutralizer! Even better, Bark Potty is low maintenance and biodegradable- unlike fake grass or wee wee pads.

We know that many of our customers have been asking for a larger Bark Potty for their big dogs and we hear you! Stay tuned for an exciting update from Bark Potty in the coming months. ;)